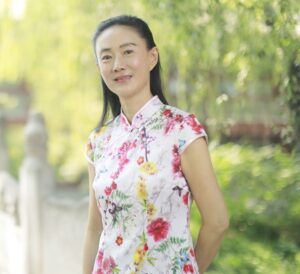 When I first read Kate Chopin’s “A Pair of Silk Stockings” all the way back at the turn of the century, I only took it to be a feminist text. Although I found some textual elements that didn’t fit in the feminist thematic trajectory, I dismissed them as being more or less digressive. When a student asked me whether the text could be interpreted from a consumerist perspective, I said that the feminist concern seemed to be much more prominent, and that in terms of thematic unity, probably we should stick to the feminist framework.

My focus on the thematic unity of the plot development (possibly with different branches and layers) didn’t change until more than ten years later when I extended attention to another narrative movement paralleling the plot development. It occurred when I was reading Katherine Mansfield’s “The Fly,” a text that has aroused heated critical debate. The plot development of “The Fly” is highly symbolic, concerned with such big issues like war, death, victimization, existence, memory, and helplessness. But I found too many textual details that were digressive to the symbolic plot. My belief in Mansfield as a great literary master led me to go beyond the plot-centered Aristotelian narrative critical tradition and try to find out whether there was another thematically contrastive undercurrent in which the textual details in question could have an important role to play. After reading the text again and again, I found a non-symbolic implicit narrative movement functioning on its own behind the plot development throughout the text, in which various textual details digressive to the plot development take on thematic importance. I designated this undercurrent “covert progression” and wrote an essay “Covert Progression behind Plot Development: Katherine Mansfield’s ‘The Fly,’” which appeared in Poetics Today 34.1-2.

This investigation, coupled with my investigations on double narrative movements in other texts, fed into my reading of Chopin’s “A Pair of Silk Stockings” in two ways. First, I opened my eyes to two parallel thematic trajectories in the plot development of the text, which is now perceived as marked by both the feminist and the consumerist concerns. With the opening up of the interpretive frame, I came to see a different picture: the same textual choices often simultaneously convey two contrastive or even incompatible meanings along the two thematic trajectories and, moreover, sometimes, the feminist thematic concern is foregrounded, to the suppression of the consumerist, or vice versa. On the whole, the feminist and consumerist thematic trajectories run parallel to each other from the beginning to the ending of the text, making the plot development a very complicated one.

Moreover, with my mind now open to the possible existence of a covert progression behind the plot development and with the perception of some textual choices that appear digressive to both the feminist and the consumerist thematic trajectories, I consciously searched for an undercurrent in which these textual choices could play a significant thematic function. And after a careful examination of the text more than once, I found a naturalistic covert progression centering on environmental determination. Now the picture is changed again: the same textual choices often simultaneously convey three contrastive or even incompatible meanings along three parallel thematic trajectories and, moreover, sometimes, one or two thematic concerns is/are foregrounded, to the suppression of the other(s), or vice versa.

The progressive analysis of “A Pair of Silk Stockings” has enabled me to gain the following insights: First, instead of regarding the meaning of words as being produced in the co-text of a narrative, I came to see it as being produced in and determined by a given narrative movement. If a text contains two or more contrastive narrative movements, then the same textual choices will be pulled towards different thematic directions and made to generate different meanings. To take the title of “A Pair of Silk Stockings” as an example, in the feminist trajectory, silk stockings are a feminine luxury, an important catalyst that symbolizes the female character’s awakened sense of self; in the consumerist trajectory, however, those same stockings constitute a fetish of fashion and a sign of consumer culture. When it comes to the naturalistic trajectory, “A Pair of Silk Stockings” is emblematic of the better living conditions the female protagonist enjoyed before marriage. When we perceive the joint functioning of the contrastive and incompatible meanings of the same words, whether in the title or in the body of the text, we’ll gain a much better and fuller understanding of the thematic significance, character images, and aesthetic values of the text. Moreover, we’ll come to see the tension and semantic density characteristic of such literary texts from a fresh angle.

Secondly, I’ve reached a more comprehensive understanding of the relation between text and context. If a text has two or more thematically contrastive narrative movements, its production is possibly under the influence of two or more cultural forces. When interpreting “A Pair of Silk Stockings,” feminist critics tended to take the text as being influenced only by intense feminist activities in the US at that time; from the consumerist angle, critics have only seen the impact on the text of the expanding national economy and fast growth of consumer culture. Opening my eyes to the naturalistic undercurrent in “A Pair of Silk Stockings,” I’ve also become aware of how the production of the text was affected by the bourgeoning of literary naturalism in that historical context.

It is a challenging and delightful experience to discover the naturalistic covert progression in “A Pair of Silk Stockings,” and to see how it joins hands with the overt narrative movements to convey rich thematic significance and complex character images. Indeed, this process was thematically thought-provoking and aesthetically appealing and the effect increasingly intensified when the covert dynamic and the joint dynamics gradually came into fuller and fuller view. After seeing a more accurate and comprehensive picture of how narrative dynamics in “A Pair of Silk Stockings” operate, my admiration for Kate Chopin has been greatly increased because I now understand much better why she was a highly innovative and ground-breaking artist.