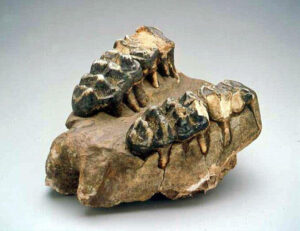 I have small children, so I find myself at various natural history and children’s science museums across the country, as well as awash in dinosaur and prehistoric animal factbooks at home.

As someone who remains attentive — nay vigilant — of the changing exhibition practices and norms around the history of enslavement, racism, and colonialism in her work and her pedagogy, these displays of “natural history” leave me as wary as I am on my frequent visits to Jefferson’s estate, Monticello— relieved at some changing narratives, wary of the slow and tepid turn toward historical responsibility and acknowledgement.

The historical figures in my article are by now in the “recovered if not fully reckoned-with” category — Sally Hemings and Sarah Baartman are now recognized by states and scientists as those who experienced the consequences of transnational anti-blackness in the eighteenth and early nineteenth centuries whose presences reverberate still as injuries and as cautions.

But our approach to the relationship between race and science is still very much in process, especially with the discourses of certainty and truth still ascribed to STEM under the most well-meaning liberal politics (think of those lawn signs about “belief” in science as well as Black Lives Matter), as well as projections of the endless futurity of STEM’s capital next to the circumscribed and belated work of history and the humanities.  So the displays and factbooks of dinosaurs caution me to think hard about the story of science, of its becoming, of the material and structural conditions in which “scientific” facts and evidence (and fields) are made.

The convergence of Cuvier and Jefferson in capitalist competition for mammoth fossils is one site of the more visible if difficult to place intersections between the making of biological racism and the construction of natural history.  Their biographies and discourses ostentatiously recur in later histories of imperial expedition and the founding of anthropology.

In these moments, as well as in the contemporary one, my focus is on how black women are mobilized as and by rubrics of scientific study, as well as on how the flexibility and structure of scientific study— of science as what Stephen Gould deemed “creative interpretation”— serves black women as both subjects and objects of narrative inquiry, such as through the remarkable 1902 novel Of One Blood by Pauline Hopkins, who reclaims some of the futurity imbued to scientific narratives for the future(s) of blackness.

The dinosaur and other extinct animal bones in museum displays, initially procured as part and parcel of settler colonialism and genocide by men hailed for their forward-thinking approach to the world, are now objects that hail an uncertain future in the wake of capitalism, climate disaster, and grave social inequities tied to their narrative beginnings.

As we learn new things about extinct animals’ color, their textures (feathers!), their extinction, and their surprising legacies in the animal kingdom today, we might also find ways to mark scientific study as a site of egregious error, harm, and violence that is willing to test and change its truths rather than remain nostalgically attached to failed models of doing its work.

We might more publicly invest in the narrative of scientific failure, then, as a model for rigorous flexibility and adaptability, a willingness and indeed the political necessity of continuously critiquing and changing our research questions and methods.